Robin Lohse has been introducing young children to the joys of music since the early eighties. Her first student was her daughter who is now a violinist.

Dolly Koritzor has been a great influence and mentor for Robin especially for her teaching style in terms of technique, vibrato studies and shifting styles. Dolly was born in Romania and was a virtuoso performer in Europe. She immigrated to the U.S. in the early 70’s and even currently has a great student following.

Robin earned her Bachelor of Arts Degree while studying Early Music and Performance at Hampshire College. She began her Teacher Training at the Suzuki Institute at Ithaca College in 1981 (where the first Suzuki programs were started). She also studied under Linda Fiore who brought the Suzuki movement to the Delaware Valley Region in 1980.

Since the mid 1990’s, Robin has been a member of the Greater Philadelphia Suzuki Association (GPSA) and sat on the Board of Directors. She is a member of the String Teacher’s Group which has organized the Franklin Institute Suzuki String Play-In each year in Philadelphia. She has organized and led the violists who come to the Suzuki Play-In. Most recently here group Ode TO Joy has performed extensively int the area bringing a celebratory sound to many residents. 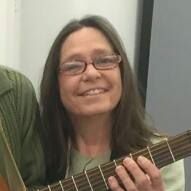 As a member of GPSA Robin has attended Piano workshops with Bruce Anderson, Cathy Hargrave and Karen Hapsburg, She attended Master Classes taught by William Starr, Ronda Cole Barbara Barbar, and Ed Sprunger and more recently attended the Every Child Can course at Temple University.

In addition to classical violin, Robin has taken Piano Book One teacher training with Joan Kryzwicki of Temple University. Robin has also held several fiddle workshops in her home studio. She hopes to promote Irish fiddling in the community of string players.

Robin has three children – a violinist, a cellist and the youngest son plays viola. For many years, she has enjoyed taking workshops with her children including attending the summer institutes at the Hartt Suzuki Institute in Connecticut observing Carrie Reunning-Hummel.

4 Responses to About The Director